“24K Magic” is Bruno Mars’ first single off the upcoming album titled the same and this is Bruno Mars in his favorite zone. The new album ’24K Magic’ is due on November 18, 2016 and the music video was released on October 06, 2016. Bruno Mars calls this not a single, but “an invitation to the party” so we can only assume that the next 8 tracks on the album are going to be Funky as hell too. 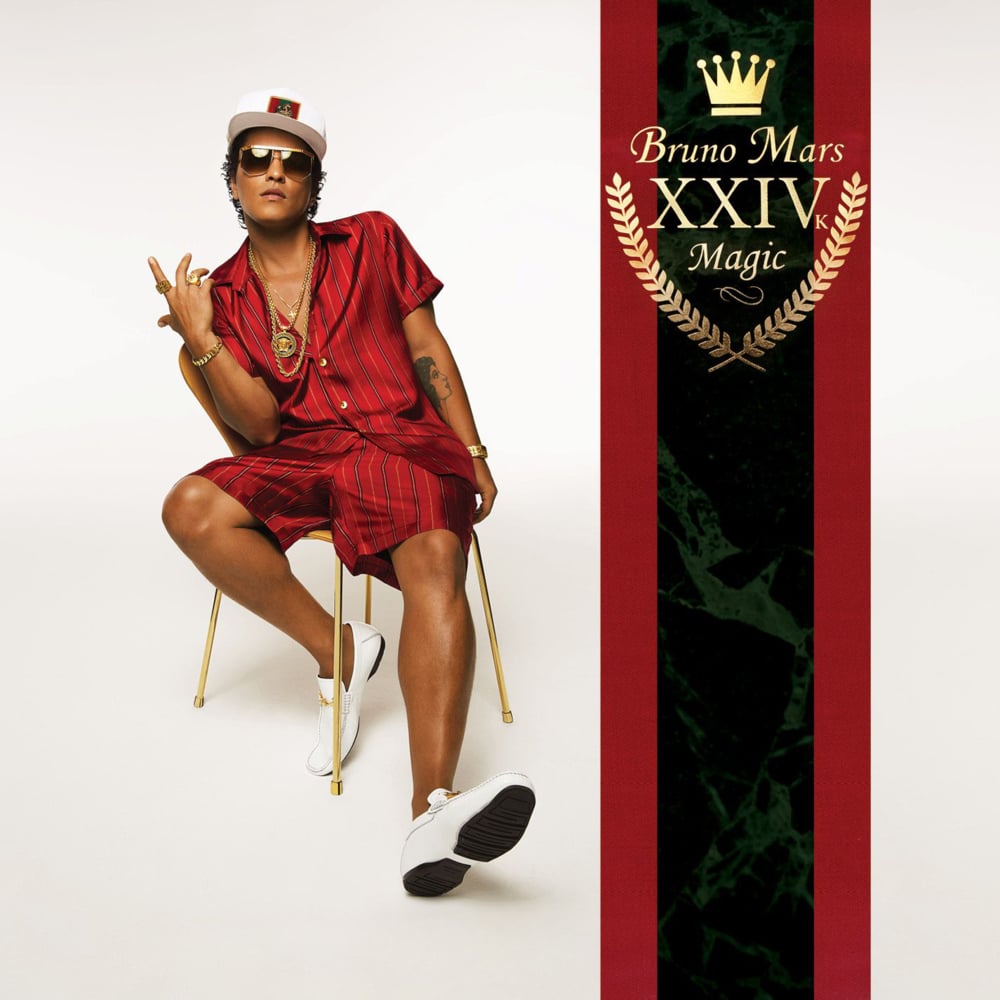 We can’t help but recall “Uptown Funk” when listening to this song because both songs are of the same caliber.

The video starts off with a door opening to a private jet and the lyrics are in tune.

Bruno Mars wants to lift up our spirits with the song. Unfortunately opening the door of the jet did not lead the party inside the jet, so that was all just a fraud.

The chorus of the song is catchy;

Players, put yo’ pinky rings up to the moon
Girls, what y’all trying to do?
24 karat magic in the air
Head to toe soul player
Uh, look out!

24 karat gold is the purest form of gold out there (99.99%) and Bruno Mars is giving a toast to the high end life. This can be seen further in the first verse when he says he’s wearing Cuban links (chains), Designer minks (coats) and the finest shoes in all of Inglewood. He’s living that baller life and is not afraid to shout it out.

Bruno Mars literally dedicates the second verse to some people;

The music video for “24K Magic” is filled with blings and chains and fancy caps and cars and girls in thongs. It’s a non-stop party from the start till the end of this almost 4 minute video and we can see Funk music in it’s finest. This may not catch on as “Uptown Funk” did, but Bruno Mars is off to a great start.