“Can’t Help Falling In Love” will forever be marked as one of the greatest romantic songs of the history. The King of Rock n Roll-Elvis Presley is seen out of his usual element in performing this lullaby of a song that sweeps anyone off their feet. Evidently enough, the song is one of the most popular wedding songs to-date.

“Can’t Help Falling In Love” was released as a song for Elvis Presley’s movie ‘Blue Hawaii’ in 1961. Rolling Stone magazine ranked the song as the 5th best song by Elvis Presley, falling behind “Suspicious Minds,” “If I Can Dream,” “In The Ghetto” and “Jailhouse Rock.” Rolling Stone also inducted this classic song in their ‘500 Greatest Songs of All Time‘ list at #403. According to the same website, it took Elvis 29 takes to derive this masterpiece we hear today. The song peaked at #1 on song charts of many countries around the world including The USA, the UK, Canada, Australia, Sweden, New Zealand, France and Spain.

The song speaks about the singer’s feeling towards a girl for whom he is falling in love uncontrollably. Elvis sings that they are meant to be for each other and hence take his hand and ride with him to the forever sunsets.

The music video for the song is an extract from the movie ‘Blue Hawaii’ for which this song was written. The entire soundtrack for ‘Blue Hawaii’ is a production by Elvis Presley, who also plays the lead role-Chadwick Gates. In the music video, however, Elvis sings the song not to his girlfriend, but to her grandmother, while the girlfriend watches them close by. The melody for the song is from another romantic French song “Plaisir d’amour” by Jean-Paul-Égide Martini in 1784.

“Can’t Help Falling In Love” is also the last song Elvis played live in 1977 during a concert in Indianapolis.

Mostly those who have been in and out of love say “don’t rush into love like a fool,” but Elvis feels as if he has no choice in this situation. ‘Wise men’ could be people older than Elvis, those who have experienced love, those who have failed at love, or just philosophers on relationships. Whoever they are, their suggestion is to tread carefully when it comes to love, for love is a walk on a sharp knife.

Elvis questions the girl if it would be a sin to love her and if it is okay to be with her. There could be a sexual innuendo hidden in these lyrics stemming from the Catholic view of pre-marital sex being considered as a sin.

Elvis Presley is absolutely swept away by this girl. He cannot help himself that he is falling in love with this girl, and he thinks it is not such a foolish move to rush into something he is so sure of.

In Elvis’s eyes, this girl and himself are meant to be together. He is as sure of it as all sources of water end up in the ocean in the end. Just as the destiny of a droplet of water starting in at the top of the Himalayan mountain range is to flow to the ocean, he is certain that she is meant to be with him. Serenading at its best! 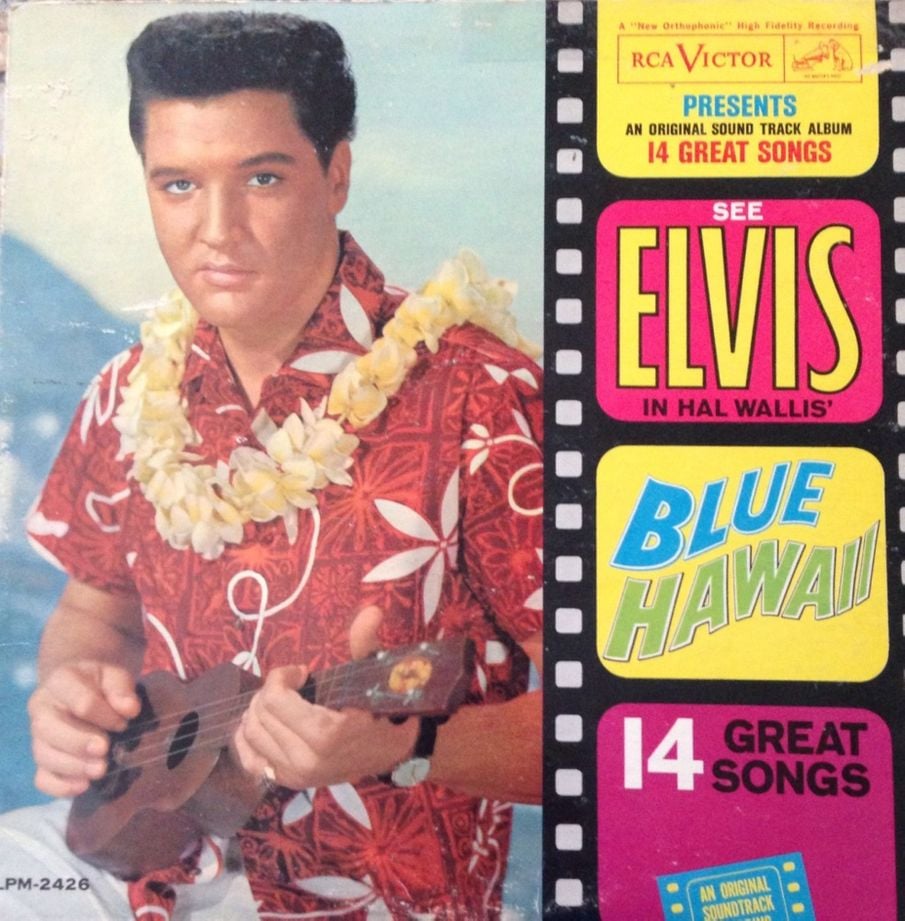 Elvis wants to marry this girl, because why not? His gut feeling is telling him that they will end up together anyway. With that, he is willing to commit all of himself to her too.

From the first verse of the song, where Elvis says he is falling for her, towards the end of the song Elvis has already made up his mind about spending the rest of his life with her. Things certainly seem fast paced. But if he is sure and if she is willing, what more is there to wait for!

“Can’t Help Falling In Love” will forever be considered one of the sweetest love songs ever written and sung. Elvis’s deep vocals add the necessary weight to this love anthem, and we can feel that he is not messing around with her.

Let us hear what you have to say about this song and Elvis Presley. Leave a comment on your experiences with this song and what makes this song your favourite.