Song Meaning of “Hello” by Adele (A Lyrics Review)

Adele has been scoring massive successes with her latest album “25.” As per official statistics the album has sold over a million copies each week for two consecutive years, which is a feat that Taylor’s ‘1989‘ couldn’t accomplish. Adele released this album after a few years of hiatus and the need for Adele’s music has almost driven the fans insane. So when the first single of the album, “Hello” was released along with an amazing music video, the music world was caught in a storm of panic. It was good. It was all Adele. And she was back, and she is back on top. 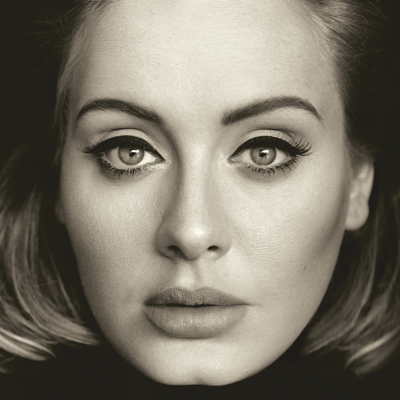 “Hello” may not be the most lyrically advanced song out there. But it has Adele’s voice over it and that makes it so much more appealing and relatable. I was debating myself whether a lyrics breakdown of “Hello” would even be necessary, because the song is quite simple, sentences are straight forward and the language is easy to comprehend. So rather than doing a line-by-line analysis of the lyrics, I would rather take the whole song and interpret the meaning behind the song. So let’s get to it.

Song Meaning of “Hello” by Adele

Hello, it’s me
I was wondering if after all these years you’d like to meet
To go over everything
They say that time’s supposed to heal ya
But I ain’t done much healing

Hello, can you hear me?
I’m in California dreaming about who we used to be
When we were younger and free
I’ve forgotten how it felt before the world fell at our feet

There’s such a difference between us
And a million miles

Pay attention to how Adele doesn’t introduce herself-because she doesn’t have to. The person she is calling knows her voice very well. This is a typical opening dialogue of a couple’s phone conversation, except now they are broken up.

They have been separated for years, but looks like Adele has not really moved on. “Time heals everything” is a very beautiful quote, but the sad part is it doesn’t apply to all. And time hasn’t helped Adele either. She is trying to reconnect. She wants to go through their timeline and see where it went wrong. But she already knows, we find out later.

There is no reply from the other end of the phone. Why? Because she is not actually on the phone with someone. This is Adele’s heart speaking out. Adele’s having a conversation with herself and reviewing incidents that have had her regretting for years.

The differences have pushed them to two different world and Adele’s saying “Hello” from the another world. As I have mentioned above, ‘the other side’ could very well be a short green hedge between two neighboring houses-but in hearts they are on two separate sides.

Again ‘calling’ is a term of reference to mending the broken relationship. Adele has tried to reach him, but he is never ‘home’ referring to that he is never on the same page with her (which is also in line with the differences she spoke about earlier).

Hello from the outside
At least I can say that I’ve tried
To tell you I’m sorry
For breaking your heart
But it don’t matter, it clearly
Doesn’t tear you apart anymore

Adele is trying to move on by saying that she tried and did what she could to mend the relationship, but she knows she is at fault. Hence we can see how she is continuously saying how sorry she is. But her lover has already moved on.

Hello, how are you?
It’s so typical of me to talk about myself, I’m sorry
I hope that you’re well
Did you ever make it out of that town
Where nothing ever happened?

One issue of the relationship is revealed here. Adele must have put herself on the pedestal more often than not. Wonder how much time she spared for him. She is apologizing for it now, but it’s a little too late now. So now she is trying to ask about his life, to which she will never get a reply. I think she believes that he is still single too and are running out of time in life. I wonder how she came to that conclusion, unless she stalked him. But it could be relating to them as a couple-running out of time for them to be a couple again. In that sense, Adele is correct.

A beautiful repetition of the chorus follows on for two more times before “Hello” ends in a sad and moody tone. The whole song has a toned down, sad and mellow tune to it, which in my opinion is perfect for the song, and Adele’s voice just resonates throughout the song.

What do you think about “Hello”? Leave your opinions about the song or your suggestions for song meaning in the comments section below.