Beyoncé has released a new single that has caught everyone by surprise. “Formation” is not just another track by Beyoncé, but rather a Black-empowering anthem, that has a strong message in the lyrics. Further, Beyoncé also released the music video for “Formation” and it has a very powerful symbolic meaning. 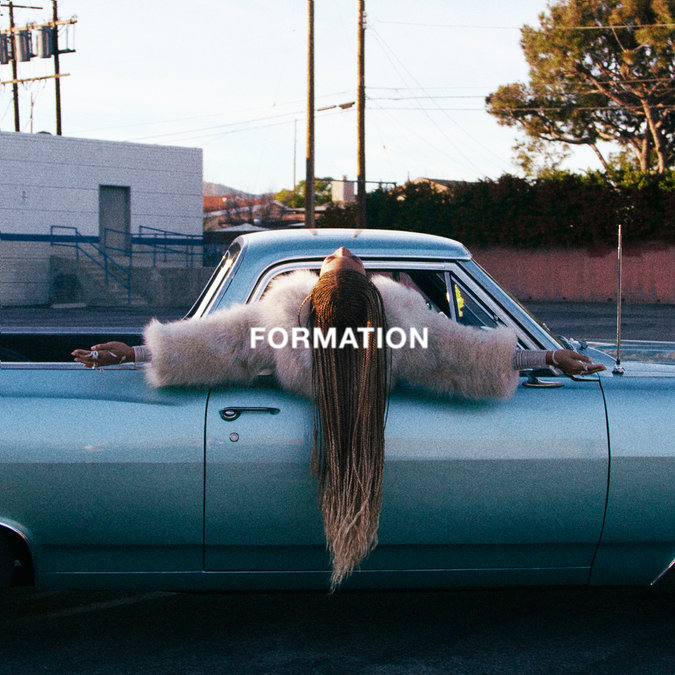 Artwork for “Formation” Single by Beyoncé

The new single is available for download only on Tidal as of now. But the music video has been released on YouTube. Watch it below.

Analysis of “Formation” by Beyoncé

The intro to “Formation” is merely two lines.

What happened after New Orleans?
Bitch, I’m back by popular demand

The New Orleans state was hit by hurricane Katrina and Beyonce recreates this scene. The very beginning of the video shows the singer on top of a New Orleans police car submerged in water. This cop car, with Beyonce on top of it, sinks completely at the end of the video.

Y’all haters corny with that illuminati mess
Paparazzi, catch my fly, and my cocky fresh
I’m so reckless when I rock my Givenchy dress (stylin’)
I’m so possessive so I rock his Roc necklaces

The Refrain of “Formation” talks about the life of Beyonce as a slap in the face of her haters. Beyonce is often linked with Illuminati-most celebrities are. But there’s no definite proof of it. Then she talks about the paparazzi, who never let her have a private moment. She talks about her expensive materialistic possessions such as Givenchy clothes and Rock-A-Fella bling.

My daddy Alabama, Momma Louisiana
You mix that negro with that Creole make a Texas bamma

Beyonce talks about her heritage. She is a southerner (“Texas bama”) and her parent’s roots run to Alabama and Louisiana. Her father was of African-American heritage-which she speaks so proudly in “Formation”.

I like my baby hair, with baby hair and afros
I like my negro nose with Jackson Five nostrils
Earned all this money but they never take the country out me
I got hot sauce in my bag, swag

Beyoncé has frizzy hair (I think!). She has gone out of her way to make her hair negro-ish for the music video for enhanced effect. She loves her heritage-the afros. Beyoncé was claimed to have had a nose job-but she denies the fact in “Formation” single, saying she loves her ‘negro nose. She makes a special reference to late Michael Jackson (RIP) who had surgery to alter his body parts which caused some serious issues with his body. Beyoncé says she loves her nostrils-the nostrils the Jackson Five (MJ’s earliest group-when he was still Black) had.

Beyoncé is filthy rich now. His husband, Jay-Z is filthier rich. The power couple of music is worth around a billion dollars. But Beyoncé says all this money wouldn’t wash away her country roots. She makes a Texan reference (‘got hot sauce in my bag’) to prove it.

The chorus of “Formation” single is quite self-explanatory, which basically says she is the baddest b*tch in the music business right now. We bow down in agreement.

These lines speak to the African-American inside Beyonce (No, not Jay-Z, but her heritage). Red Lobster is one of the cheaper places where you can have a decent meal. For a power couple like Jay-Z and Beyonce, Red Lobster may seem like an unlikely choice. However, she likes to visit Red Lobster courtesy of her country-roots. She doesn’t want to be swayed by all the wealth she possesses.

If he hit it right, I might take him on a flight on my chopper, cause I slay
Drop him off at the mall, let him buy some J’s, let him shop up, cause I slay

A few of the very lucrative things that a person of Beyonce’s caliber can do are: take her man on a ride in hew own chopper, let his man shop and buy Jordans.

The repetitions of the lines help to intensify the meaning. Beyonce can certainly get a radio station to play a song by anyone. It has come to that stage now.

Beyonce will not likely reach Bill Gate’s net worth in this lifetime. But it’s empowering to hear someone speak it out loud. Such confidence!

The last part of “Formation” gives out a message by Beyonce. Ladies, get in formation for the conquering of the world. The world is at your feet-you just have to reach out and grab it. There’s nothing stopping anyone from doing anything. It’s more or less about the perspective you have on everything. So brush yourself up and get yourself in formation for the world domination! Queen Bey rules.

When the world talks about you, then you know you have the power to do something positive. Work hard and earn money. Paper (money) talks in the end. Slap your haters in the face with the paper you earn.

One of the more intense parts of the “Formation” music video is when a row of cops stand in front of a dancing African American boy. This bit speaks to the police violence that has and is taunting American right now. The boy dances some killer moves and at the end he raises his hands-for this the row of police officers raise their hands too. This symbolizes the non-violent approach the police should adhere.

This new surprise single drops just before Beyonce is set up to perform at the Superbowl 50 Halftime show. It’s not clear if Yonce will perform “Formation” at the show, but it would definitely make a memorable moment if she does.

We are in love with the lyrical work of the song and the beautiful imagery of the music video to it. 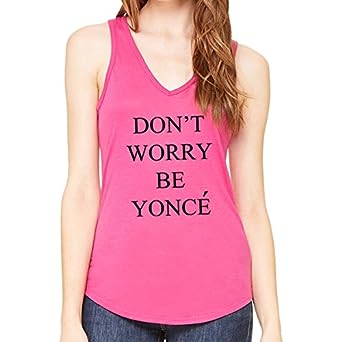 I think it’s time we brought these T-shirts back. Try on Amazon