Cardi B is the latest sensation Hip Hop female rappers category. After the multi-platinum single “Bodak Yellow,” she is also considered second only to Nicki Minaj among the current female rappers in the industry. Is this true? Is “Bodak Yellow” that impressive? Let us take a look at the song and decide.

“Bodak Yellow” was released on June 16 and it has steadily climbed the top charts and is now at #3 on Billboard Hot 100 chart. This was a huge rise considering the song was on the chart for a mere 7 weeks. The climb has yet to slow down. Cardi B was able to refresh some old records held by other female rappers such as highest charting solo female rap song since “Anaconda” by Nicki Minaj in 2015, rank top three with debut single since Iggy Azalea and first female solo top three hit since Meghan Trainer’s “No” in 2016.

“Bodak Yellow” single does not appear in any album of Cardi B. It is speculated to appear in ‘Bloody Mary EP.’

What Does “Bodak Yellow” Mean?

Cardi B herself weighed in with an explanation to the title of the song. Watch it below.

To sum it up, “Bodak Yellow” has no meaning and she has chosen the title to go with the flow of Kodak Black. “Bodak” in sync with “Kodak” and “Yellow” in sync with her skin colour. The idea behind the song is “money moves” and she captures this perfectly in the music video.

As explained by Cardi B above, “Bodak Yellow” is about her star power and what it means to be making money move.

Said, “Lil b*tch, you can’t f*ck with me if you wanted to”
These expensive, these is red bottoms, these is bloody shoes
Hit the store, I can get ’em both, I don’t wanna choose
And I’m quick, cut a n*gga off, so don’t get comfortable, look

Cardi B says no one can compete with her even if they wanted to-or even put her down. “Red bottom” shoes are a signature shoe line by Christian Louboutin and they are exotic and expensive footwear. “Bloody shoes” could be reference to the same shoes because of the color of red, but more people predict that it is a thinly veiled ado to a gang she is affiliated in.

Cardi B used to a stripper to make money, before she got on Instagram to become a social media icon. Since her TV and music career took off, she says she does not have to strip dance anymore and she has plenty of money now. What she says about her being ‘humble’ really runs down the drain looking at the last two lines of the chorus. But it is just a song.

Now she say she gon’ do what to who? Let’s find out and see
Cardi B, you know where I’m at, you know where I be
You in the club just to party, I’m there, I get paid a fee
I be in and out them banks so much, I know they’re tired of me

Cardi B challenges anyone who wants to go up with her-she says she will be right where she is without running away. When others were partying at the club, she was there stripping to make a living. Cardi B is not really ashamed to relay about her life. She says she was earning a lot from the clubs and she was going in and out of banks so many times a day that the bank people must be tired of her.

Honestly, don’t give a f*ck ’bout who ain’t fond of me
Dropped two mixtapes in six months, what b*tch working as hard as me?
I don’t bother with these hoes, don’t let these hoes bother me
They see pictures, they say, “Goals,” b*tch, I’m who they tryna be

Cardi B does not have time to worry about her haters. She is working hard on her music career that she has dropped two mixtapes ‘Gangsta B*tch Music, Vol. 1’ and ‘Gangsta B*tch Music, Vol. 2’ in March 2016 and January 2017 respectively. She believes that most of her haters look at her pictures on Instagram and say “goals” behind her back. Especially posts like the one below.

BAPE or short for Bathing Ape is a Japanese clothing company specializing in street-wear. Cardi B uses “lake” and “swim” metaphorically to reference to a sexual act, which she connects in the next line saying “a customer once wanted to swim with his face.” Since she does such a job with the customer, she get a gift from Yves Saint Laurent-a luxury clothing company.

And the new whip, when I go fast as a horse, I got the trunk in the front
I’m the hottest in the street, know you prolly heard of me
Got a bag and fixed my teeth, hope you hoes know it ain’t cheap
And I pay my mama bills, I ain’t got no time to chill
Think these hoes be mad at me, their baby father run a bill

“New whip” is a reference to Ferrari cars which has a horse as its logo. These cars have engines in the back leaving trunk space in the front of the car.

Cardi Be had crooked teeth and she got them fixed and she talks about the surgery being not cheap. She really does not hold back with accounting for all her expenses. And she says she takes of her mother and she has no time to deal with them.

Cardi B gets back to her lifestyle. If you were weak, you would end up being shot in her neighborhood. I you were in a group (or a gang), you would survive. Cardi B is from The Bronx and she is affiliated to Blood gang since she was 16.

Putting her hand above her her hip is a reference to reaching for the gun and everybody dips when she does that.

She is talking about the luxuries, the music industry has opened the door for. Rolls Royces and Phantom Wraiths and filling up her safe with money are a few of them. 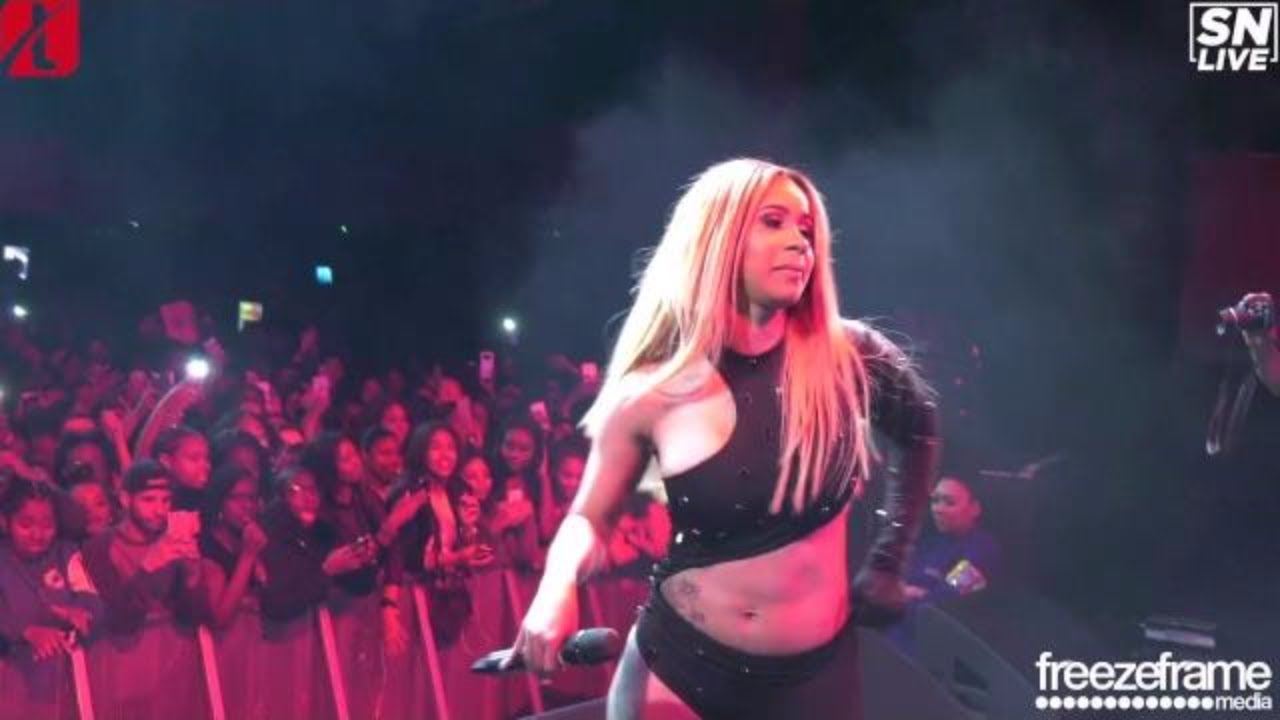 I need to let all these hoes know that none of their n*ggas is safe
I go to dinner and steak, only the real can relate
I used to live in the P’s, now it’s a crib with a gate
Rollie got charms, look like Frosted Flakes
Had to let these b*tches know, just in case these hoes forgot
I just run and check the mail, another check from Mona Scott

Cardi B says she used to live in the P’s, which could mean pavements? We are not so certain. But now she lives in a big crib with a proper fence around the house. Her Rolex’s got the charms and the diamonds on them look like ice. Mona Scott Young is the producer of Love & Hip-Hop TV show of which Cardi B was a part of.

And that wraps up the lengthy lyrics breakdown of “Bodak Yellow” by Cardi B. It’s one of those songs where either you love it or hate it. There is no in between. For us, we love how Cardi B poured her life-story into the song and it in return made her a millionaire.

What do you think about “Bodak Yellow” by Cardi B? Let us know in the comments below and share this article with your friends.