It has been almost a month since Taylor Swift dropped “Look What You Made Me Do” music video and shocked an entire fandom. The songs has broken records on top of records and is smoothly cruising towards the 1 billion views on YouTube goal. The music video was filled with controversy as Taylor says “the old Taylor is dead” over the phone. Who are these old Taylors? They are none other than former selves of Taylor Swift who was sweet and innocent and got taken advantage of. So basically a new ‘Snake Queen‘ is born in this ‘Reputation’ era and she is slaying it. 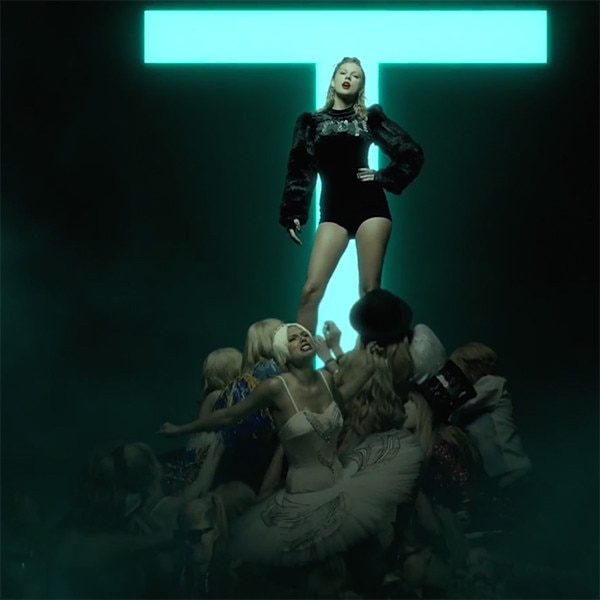 Trying to get to the top are Old Taylor Swifts, namely from the ‘Red’ era, ‘Speak Now’ era, ‘Fearless’ era and even from ‘1989’ era. The old Taylors are wearing some of Taylor Swift’s most iconic dresses from music videos and concerts.

Behind the Scenes of Creating the Taylor Mountain

“Okay, this is the trippiest thing I’ve ever seen in my entire life…” says Taylor when beginning the shoot, surrounded by all the look-a-likes.

“Seeing all of together is the weirdest feeling, but it’s awesome, it’s exciting. It’s like ‘oh, that’s a phase I went through when I was sixteen’…” says Taylor Swift speaking for the BTS recording.

This behind the scenes clip includes almost 3 minutes of never seen footage of building the Taylor Mountain and this is the first time Taylor Swift has spoken about the song since its release.