Taylor Swift – All Too Well (Lyrics Review and Song Meaning)

Taylor Swift’s 2012 album ‘Red’ was probably one of the best she has ever produced so far, and it is the third highest-selling album of her career with 6 million sales worldwide after ‘1989’ (10mn) and ‘Fearless’ (9mn). However, ‘Red’ album produced some of the most beautiful and lyrically profound albums of her career. The album also marks the end of Taylor Swift’s Country music era and shift to Pop music.

‘Red’ album produced some amazing songs such as “State of Grace,” “Treacherous,” “Red,” “IKYWT,” “22,” “The Last Time,” “Holy Ground” and the list goes on. However, out of the 16 tracks, one song really does stand out. This five and half minute long song is often considered the best song of Taylor Swift so far. And there are mysteries surrounding the song, that there is even a 11-15 minute version of the song. The song is none other than “All Too Well.” This song was the first one written for the album by Taylor Swift and Liz Rose. 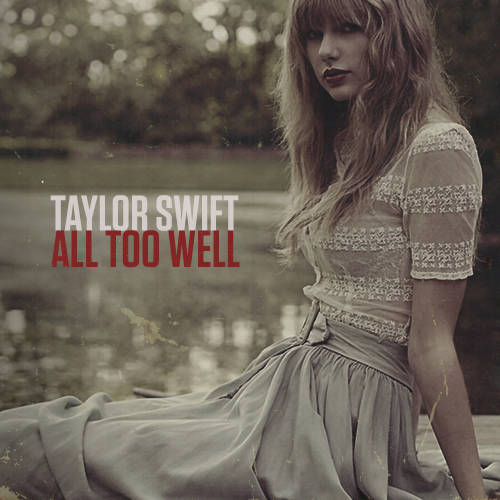 “All Too Well” cover art

Surprisingly, “All Too Well” did not perform very well on the charts. It reached #80 on Billboard Hot 100 and #17 on the US Hot Country Songs chart.

What is “All Too Well” About?

“All Too Well” is not just a beautifully penned song, it’s a ballad of heartbreaking reminiscence of a love she cherished. Soon before “All Too Well” was written, Taylor Swift got out of a relationship with Jake Gyllenhaal. Left my scarf there at your sister’s house
And you’ve still got it in your drawer, even now

Taylor Swift speaks about a scarf that she left in the boyfriend’s sister’s house in “All Too Well.” 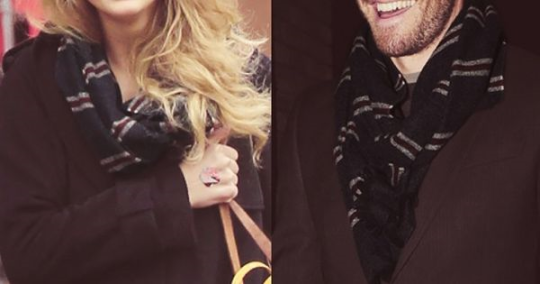 The same “scarf” worn by Taylor Swift and Jake Gyllenhaal

Somewhere down the line, Jake Gyllenhaal is pictured wearing a similar-looking scarf that Taylor Swift wore in the above picture. Connecting these little dots, we can assume that “All Too Well” was inspired by the relationship with Jake Gyllenhaal.

Taylor Swift had this to say about “All Too Well:”

“All Too Well” [was difficult to write emotionally] because it took me a really long time to filter through everything I wanted to put in the song without it being a 10 minute song, which you can’t put on an album.

Lyrics Review and Song Meaning of “All Too Well”

Needless to say “All Too Well” is a heartbreak anthem and we have to look at it from Taylor’s POV. The verses run through the start to the end of the relationship.

In the first verse, Taylor Swift paints a beautiful picture of how everybody would dream their lives would be with that one special person. This is the start of a relationship-hope is the keyword and everything looks vibrant.

Taylor Swift says being with this person made her feel like she was home. She was comfortable and he was warm. It seemed as if all the pieces were falling in perfect fit-like the autumn leaves falling. But little did she know, fall of autumn leaves signify seasonal change where trees hibernate for the winter season. The trees basically die down. Taylor was quite naive and full of love and hope to realize this.

“All Too Well” is a walk down memory lane-a bitter one at that. She looks back at that time where everything looked colorful. The time has passed long since and she is struggling to unstrap her from the strings.

The chorus of “All Too Well” blurs the line of reality and her imagination. She is obviously reminiscing something from the past, but as she does it becomes her reality.

This guy was so enchanted with the visual of Taylor Swift, that he almost drove the red light while he was driving.

“Wind in my hair” usually refers to freedom or lack of responsibility. So Taylor thinks back to those days when she had little to worry about.

The chorus starts off with the present tense “there we are again” and ends in the past tense “I was there, I remember it all too well.” So it is obvious that all this time she was imagining of the past.

Second verse of “All Too Well” reminisces about the time Taylor Swift visited Jake Gyllenhaal’s home and met his parents. She remembers checking out the childhood pictures of Jake wearing specs. 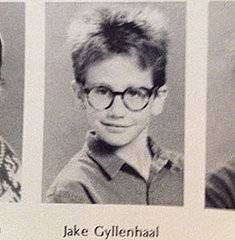 Jake and his mother chatted up with Taylor Swift telling stories from their childhood thinking she was his future. But autumn leaves were falling.

Taylor thinks back to the days and reminds herself that it was a long time ago and it is about time she moved on. But the stronger she tries to forget him, the memories come in flooding as to why she needed him in the first place. It is internal warfare!

Taylor Swift is thinking back to the sweet memories they had collected like dancing in the middle of the night in the refrigerator light. She remembers all of these all too well to just wipe it off of memory. Hence, the struggle.

‘Lost in Translation’ is a movie from 2000 and portrays a short-lived relationship between two strangers. The similarities in the movie and Taylor’s relationship are too similar to just ignore this reference as random.

Taylor Swift thinks that maybe the two of them two different ideas about the relationship. Maybe Taylor Swift wanted marriage;

Maybe I asked for too much

She also says their short-lived relationship was a ‘masterpiece’ until the guy tore and broke it apart. So Taylor is directly pointing fingers at the guy.

Jake Gyllenhaal is rumored to have broken up the relationship with Taylor Swift over a phone call or a text message after standing her up at her own birthday party. If that is true, it is justifiable for Taylor to say that she felt like a crumbled piece of paper lying in a corner of the room.

The third and final verse of “All Too Well” speaks about recovery. She believes that time is a healer but this time isn’t even moving. She is crumpled by a time she is stuck in.

The matching shirts, wild and intimate nights, dinners, walks and everything else keeps Taylor from moving on. He mails her the stuff she had kept at his place. He doesn’t even have the spine to deliver them. But he does not return one thing back. That scarf she wore on their very first date. So is he holding on to something that reminds him of her? That thought haunts Taylor Swift.

Taylor Swift says their relationship was the only real one he has had and he is most likely regretting giving up on it. She was there for him and her type was difficult to come by, and all these memories she remembers all too well to just forget and move on.

The outro of the song is Taylor Swift on the fence. She is reeling back to the carefree times she had with the guy and all the memories they accumulated together.

But she also remembers the entire story all too well to make a mistake again.

This will conclude the lengthy annotation of lyrics to “All Too Well.” This song is special for another reason that no chorus, pre-chorus or verse is repeating. And if this is the filtered or stripped down version, it would be amazing to get hands-on the full-length version.

Let us know in the comments below your opinion on the song.

In a recent episode of Rolling Stone’s ‘500 Greatest Albums Podcast,’ Taylor Swift talked about how the ‘Red’ era changed her life and music career for the better. In the same discussion, she went into details about her now-infamous “All Too Well” and it’s writing process.

“It was a day when I was just, like, a broken human, walking into rehearsal just feeling terrible about what was going on in my personal life.” She continued; “It literally was just that song, but it had probably seven extra verses and it included the f-word… And I was like, ‘I actually really like this, but it definitely is like 10 minutes long and I need to pare it down, so I’m going to call Liz Rose.”

So, there definitely is a 10-minute version of “All Too Well,” and it’s already recorded too. After her fallout with her former record label Big Machine and its owner Scooter Braun, Taylor is re-recording her first six albums. So, there is a chance that with the re-recording of the ‘Red’ album, we might see the full-length “All Too Well.”

Lyrics to “All Too Well” by Taylor Swift

Read “All Too Well” by Taylor Swift on Genius