“The Middle” is a EDM hit produced by Zedd featuring vocals by Maren Morris and also including Grey. The song was released in January this year and has been performing well on charts and airplay around the world. Recently, the music video for the track was released and we see an electrified dance routine with Zedd and Grey duo making appearances on the video.

Grey came into the musical scene with their breakout single “Starving” featuring vocals by Hailee Steinfeld, which also involved Zedd.

Releasing the music video for “The Middle,” the three artists left their comments on the making of it.

I finally got to work on a music video with Dave Meyers. It’s such an honor!! Also, this was definitely the most people I’ve ever had in one music video!!! I hope you like it. – Zedd

Dancing in stilettos for 15 hours? Worth it. 🙂 – Maren Morris

Had such a great time filming this with our friends, enjoy! – Grey 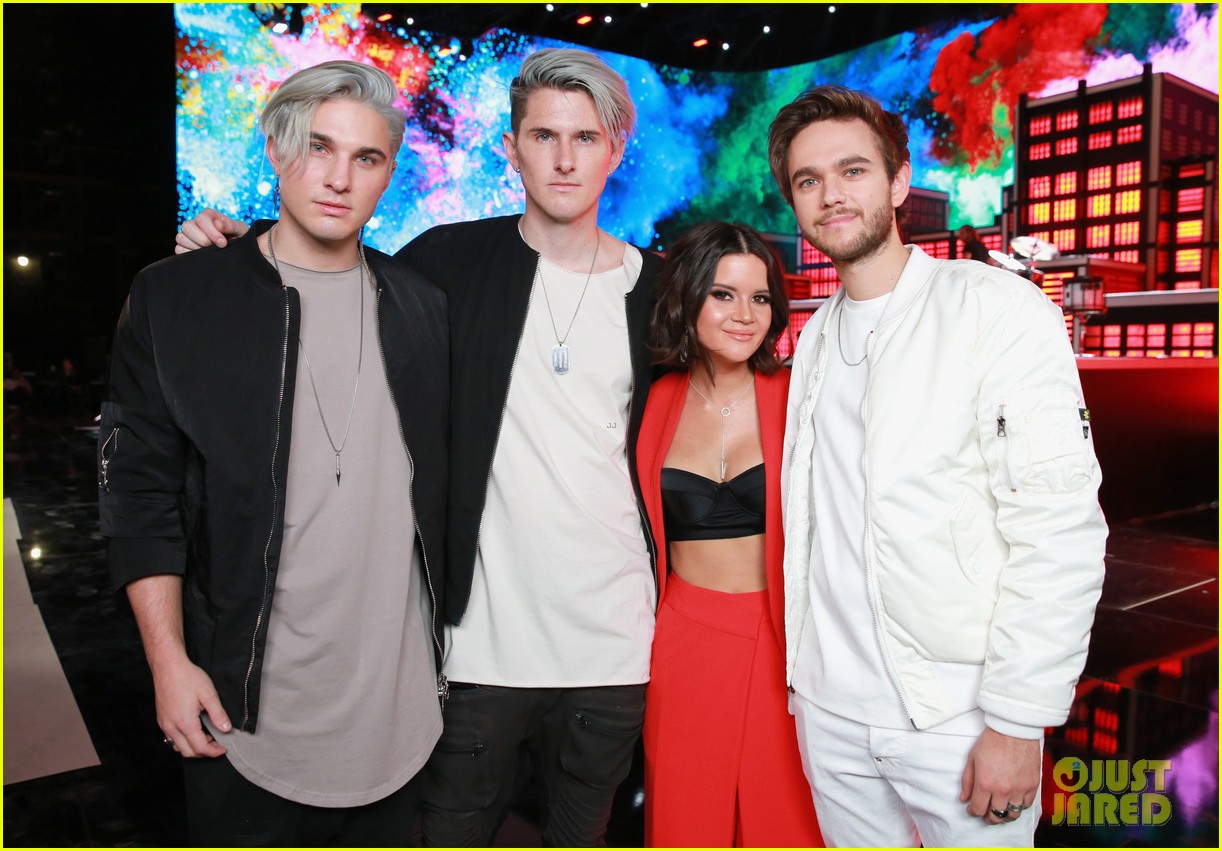 From left to right: Grey (duo), Maren Morris and Zedd

The song speaks about a certain situation in their lives. Lately, things have been upside-down. Fights are escalating and harsh words exchanged. How did they get there? They do not know. His behavior is making her lose her mind and she pleads to meet her halfway to resolve this issue.

Verse 2 takes the song into a whole different phase where they find themselves in a kitchen which is a mess-broken dishes, open taps and wet floors. What does this mean? A fight or some really passionate sex? As per the theme of the song, it very well could be a fight, which is justified by the next lyrics, which has the singer questioning how did their relationship get so violent.

She just wants to be pulled closer and loved, and somehow, something is standing between their way.

“The Middle” is catchy as a song can be. So, leave your thoughts on this song and the music video, while we blast the song on repeat.

Full Lyrics to “The Middle” by Zedd Ft. Maren Morris

Read “The Middle” by Zedd, Maren Morris & Grey on Genius