Meaning of “Leaves From The Vine” One of the Saddest Songs in ‘Avatar: The Last Airbender’

If you have to ask what ‘Avatar: The Last Airbender’ is, we would strongly suggest you go watch the entire series in one sitting. If there is one word which I can use to describe this anime series, that word would be “perfection.” Bryan Konietzko and Michael Dante DiMartino produced anime series is revered as one of the best creations in the category. IMDb rates the TV series at 9.2 and TV.com rates it at 9 out of 10. We would give it a 10 star out of 10.

There are 3 books in the series, which tells the epic story of ‘Avatar’ who has the power to control all the four elements-Earth, Wind, Fire and Water. More details can be seen when you watch it.

A poster from ‘Avatar: The Last Airbender’

This article is about a very special scene from the series, and it has drawn a tear to nearly everybody who has seen this show. The scene shows the usually-comedic General Iroh breaking down in front of a poster of a young man and singing “Leaves Of The Vine” in a heartbreaking tone.

Who is General Iroh Singing for?

This scene is probably the only moment we see the funny and crazy General Iroh of the fearless Fire Nation, put down his guard and break down.

“Happy birthday, my son. If only I could have helped You.”

We come to realize that Iroh’s son has passed away in the ongoing war and this specific day is his birthday. What remains of his son is this poster and memories. Iroh emphasizes on ‘you,’ as he is currently helping the son of the Fire Lord-Prince Zuko.

After this solemn line, Iroh starts singing the song, and he breaks down towards the end.

Watch Iron Sing “Leaves From The Vine” in Avatar

This episode is also significant for one more reason. At the end of the episode, a text appears on-screen-“In honor of Mako.”

Who is Mako Iwamatsu?

Mako Iwamatsu is a Japanese-American actor and a voice actor. He was the one who voiced General Iroh in the ‘Avatar: The Last Airbender’ series in Book 1 and Book 2. He struggled with esophageal cancer and passed away before the production of Book 3 started. Hence, this episode is dedicated to Mako Iwamatsu. Ironically enough, “Leaves From The Vine” celebrates the passing away of Iroh’s son in the animated series and the passing away of Iroh’s voice actor in real life. 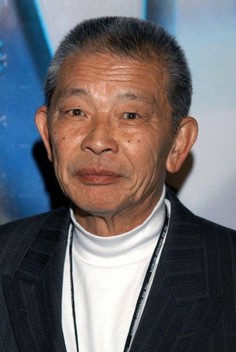 After his passing away, Greg Baldwin took over the voice acting for General Iroh in Book 3 and Avatar sequels that followed.

Most of the fandom agrees that this is one of the saddest scenes from all three books. Let us know what you think about this song and the scene.

Below is the instrumental track for “Leaves From The Vine.”