Taylor Swift’s high-selling ‘Reputation Tour’ has headed North of the USA, after several concerts in the UK and the US. Much like her concerts in those regions, Taylor Swift did not cut down on the guest appearance surprises in the Canadian leg of the ‘Reputation Tour.’ The 28-year-old singer brought down Canadian-native, hitmaker Bryan Adams to play one of the greatest rock classics of all time-“Summer of ’69” live on stage.

“Summer of ’69” appears in Bryan Adam’s 1984 album ‘Reckless.’ However, the song has lived through decades and is still a head-banger at almost every rock concert.

Bryan Adams wore a black t-shirt with blue jeans while Taylor Swift stuck to her usual glittery outfit, that reveals her mile-long legs.

Taylor Swift took an intro towards the upcoming special performance:

“It’s one of my favorite songs ever written. It’s not one of mine…”

Amidst the wild cheers of the crowd, Taylor picked her guitar and performed the ever-iconic first line of “Summer of ’69” and the crowd knew what is about to come.

Later on, Taylor Swift took to Instagram to reveal a BTS selfie she took with Bryan Adams.

Behind the scenes of our secret rehearsal today before @bryanadams surprised Toronto with ‘Summer of 69’!!!! 🇨🇦😁🎸 SO MUCH FUN TONIGHT TORONTO!! 📷: @jasonkempin @gettyentertainment

Apparently, the appearance of Bryan Adams on the ‘Reputation Tour’ was a complete surprise to the fans and Taylor Swift alike. She uploaded a snippet of the performance on Instagram of the two superstars performing and captioned how this historic moment came to be.

I didn’t even know Bryan was gonna be in town until last night and I asked him completely last minute if he wanted to come sing!! Pretty evident from the videos (um yes I’m posting another one) that I’m FULLY LOSING IT with excitement, and I can’t thank @bryanadams enough ✨⭐️💫

“I didn’t even know Bryan was gonna be in town until last night and I asked him completely last minute if he wanted to come sing!! Pretty evident from the videos (um yes I’m posting another one) that I’m FULLY LOSING IT with excitement, and I can’t thank @bryanadams enough ✨⭐️💫”

It is so good to see that artists across generations and across genres getting together to spread the message of humility around the world.

Sang with the gorgeous taylorswift tonight in #toronto …what a treat 🙂Thanks Taylor! https://t.co/wx12FfPWRZ

It was a night to remember for both Taylor and Bryan, and the fans alike. 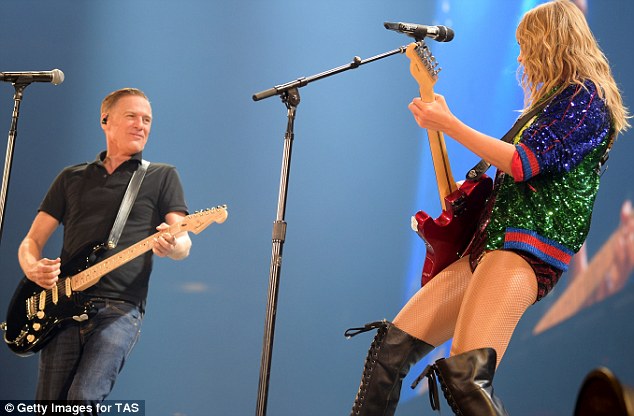 Taylor Swift and Bryan Adams rocking it out to “Summer of ’69” live at Reputation Tour, Toronto 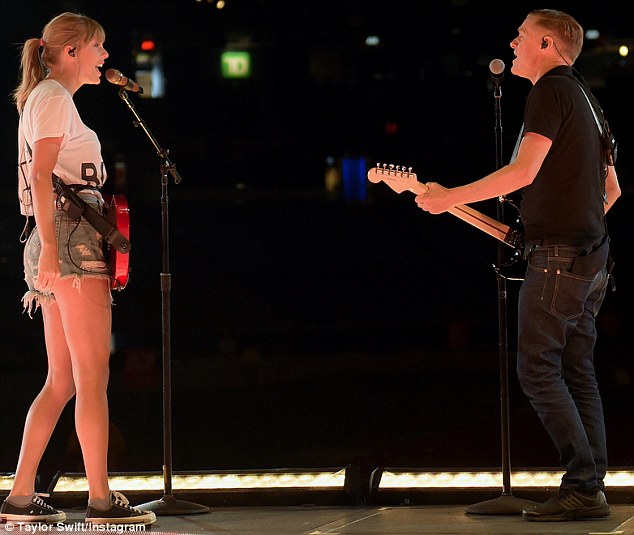 After Toronto, the Reputation Tour will return to the US. It will cover some major cities such as Pittsburg, Atlanta, Tampa, Miami, Nashville, Detroit, Kansas, Houston and New Orleans. Then the tour will fly over to Australia for four concerts in Melbourne, Perth, Brisbane. Afterward, the tour will kick back one concert in New Zealand (Auckland) and head to Japan for two shows in Tokyo. Check out the full concert dates and venues here.

The ‘Reputation Tour’ has been one of the highest grossing concerts on tour for decades and this will put Taylor Swift’s net worth well ahead of her colleagues. Estimates are that she is about to earn a rough $400 million at the end of the tour, which adds to her current estimated net worth of $320 million.

Let us know what you think about this bone-chilling performance of “Summer of ’69” by these two G.O.A.Ts of the game. Share this article with other Swifties to spread the joy!