With very little promotion, unlike her ‘1989‘ singles, Taylor Swift has released the second official single from her upcoming sixth studio album ‘Reputation.’ The new song is titled “Gorgeous” and we find the old Taylor making a re-appearance to the otherwise dead-old-Taylor scene. Her first single “Look What You Made Me Do” shell-shocked some Swifties as she took upon a very Grunge style for the song and the music video. However, in “Gorgeous” we find Taylor Swift back to her sweet-self and back in love.

For the production of “Gorgeous” single, Taylor Swift has assembled her ‘1989’ hit makers Shellback and Max Martin and their influence with the electronic drums is quite significant throughout the song.

The baby voice that starts off by chanting ‘gorgeous’ is rumored to be that of Blake Lively and Ryan Reynolds. This was supposedly revealed at the ‘Reputation’ Secret Sessions held in London. The official revelation could be hoped at the album release.

Lyrics to “Gorgeous” by Taylor Swift

Lyrics Review and Song Meaning of “Gorgeous” by Taylor Swift

The opening ‘gorgeous’ by a baby voice might be an indication that this song is going to be quite baby-ish. And so it is.

The first verse of “Gorgeous” tells how she acts like a baby infront of her crush. It says she made fun of his accent when she was drunk. This could mean one thing and that is, Taylor is talking about a British accent. She has been known to date a few Brits as well, including Tom Hiddleston and current boyfriend Joe Alwyn. In the next line she goes on to say that this guy is very attractive (that his magnetic field is so strong being a metaphor for being attractive).

Taylor Swift says this boyfriend of hers was older than her and was always in the club doing god knows what. By these parameters we could also include her most flourished partner Calvin Harris to the mix too. And he is Scottish. Both Calvin Harris and Tom Hiddleston are elder to Taylor Swift, while Joe Alwyn is two years younger to her.

Whisky on ice is a luxury. Sunset and Vine refers to Sunset Boulevard and Vine Street intersection in Hollywood. Possibly a place where the couple could have met.

Taylor Swift is mesmerized and drunk in love in “Gorgeous” single. She actually hates herself for being so head-over-heels for a guy, who seems to be a bit out of the relationship (because he is in the club always?).

No matter how much she hates him, she cannot muster any form of courage to blame him for anything because his face is that beautiful.

This “boyfriend” exists only in Taylor’s mind. They are not together, but Taylor strongly believes that they should be. She is playing all the tricks in the book, such as alienating him in a crowded room.

It is not like the boy isn’t interested of her either. He touched her hand in a darkened room and he should know such slick moves have repercussions. Her heart skipped a beat. Does he feel the same way? We doubt it. So should Taylor.

Taylor wants to know if this gorgeous man has a girlfriend and if he doesn’t she think that it’s such a waste.

I don’t know how really “you’re so gorgeous it actually hurts” works, so if you can enlighten us the comments section is open for you.

The second pre chorus gives some personal details about this man she is crushing so hard. He has blue eyes the colour of an ocean. That is a bright blue. Taylor’s current boyfriend Joe Alwyn is said to have very blue eyes.

The last bit of “Gorgeous” is a series of howls by Taylor Swift on how beautiful this person is and how she doesn’t have him. 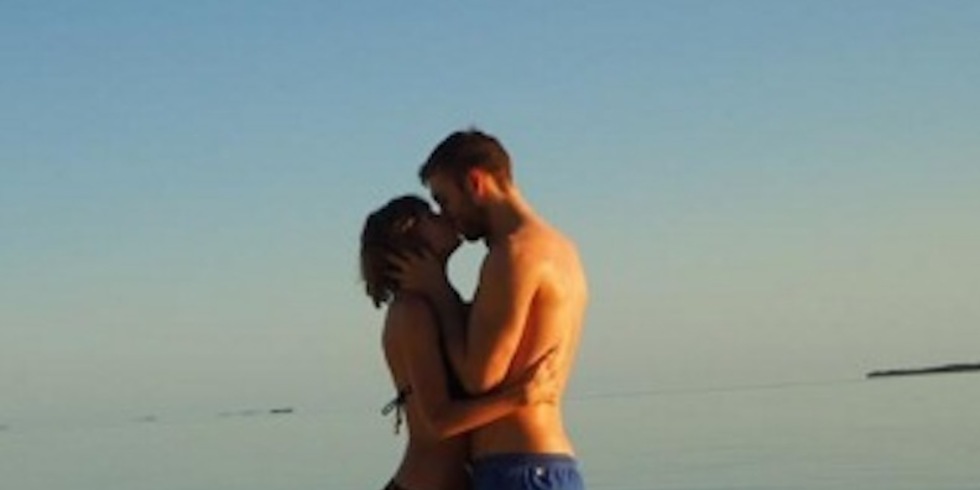 So we conclude the annotations for second single off of the ‘Reputation’ album which is due to release on November 10th.

What do you think about “Gorgeous”? Do you think Taylor is referring to some specific boyfriend from her past or this is just a random guy that is in her mind? Let us know your thoughts and interpretations in the comments below.