Eminem’s latest album ‘Revival’ has produced some brilliant tracks and “Framed” can be identified as one of them. It almost feels like, the song is a sequel to his 2009 hit “3 A.M.” from ‘Relapse’ album. The tone, visuals and the ideology in both songs are quite similar. However, “Framed” is yet another reassurance that Eminem still has his noodle spitting rhymes and bars and scales that no other rapper in the industry today cannot match.

There are many hints and Easter eggs hidden in plain sight in “Framed” music video. For an example; the TV reporter is named ‘Stan Dresden.’ Really? Out of all the names, he had to pick the name of his fan army? And at one point, Stan Dresden is shown having horns of the devil, so we are pretty positive that Eminem is trying to say that some fans have been his worst nightmare and we could not agree more. He sent a similar message in “Walk On Water.” Also, it could be a message Em is trying to deliver saying media is evil as they twist the truth-see the upside-down text in the picture below. 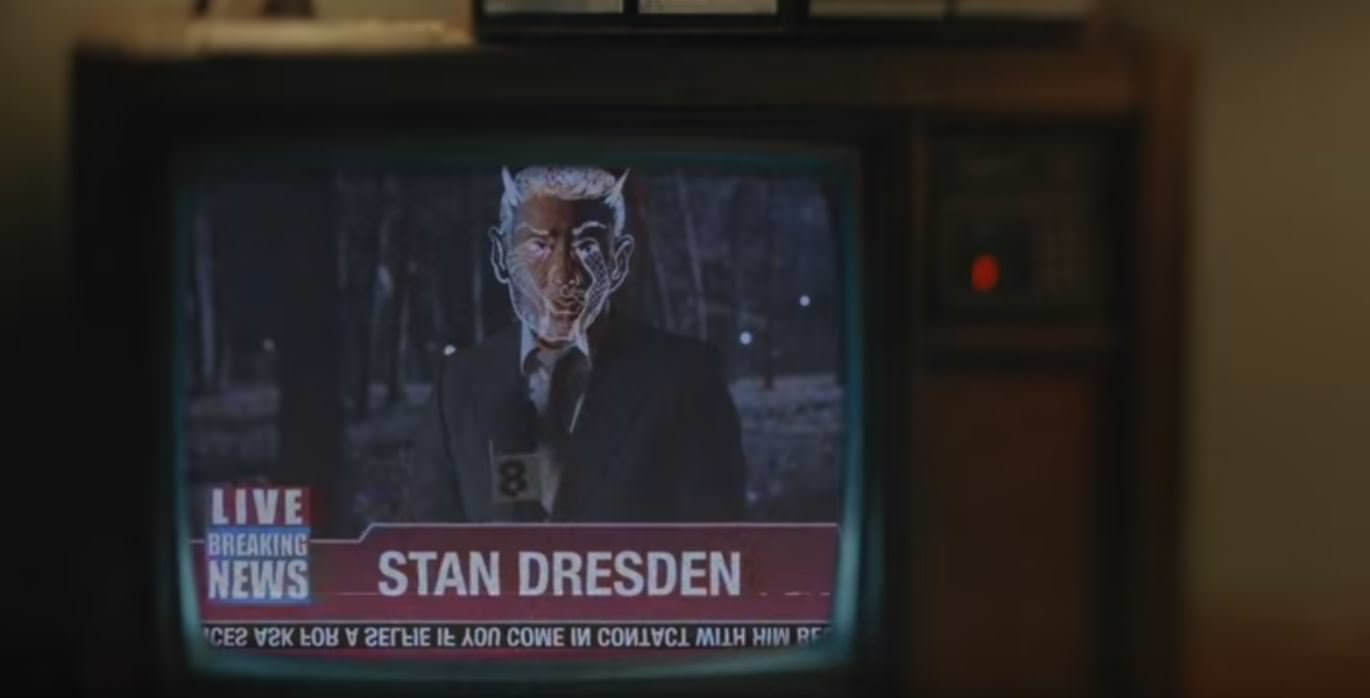 Further, the video throws back to his previous single “3 A.M.” which had a similar theme. Detective Shelter is checking his pocket watch and its 2.4 AM. So, is this a prequel to “3 A.M.”?

“Framed” does not fail to capture Eminem’s strong dislike to the Trump administration as well. “Donald Duck” and “Ivanka Trump” appears in the second verse of the song and it’s not for good reasons either.

All the murders in “Framed” could be considered as Eminem’s musician-self talking about his lyrical skills. There have been many rivalries in the making of Eminem and almost all the times, Em has come on top, not with violence, but with his penmanship. So these murders, he is being framed for, could be him boasting about his lyricism killing the competition. A supporting lyric for this is seen in 3rd verse when Em says the killer was spotted with “Rihanna, Lupe, Saddam Hussein, Bobby Boucher/Or was it Cool J? The cops is on a goose chase..” These are all radicals in their respective fields. Em has collaborated with Rihanna a few times and Lupe and LL Cool J are two industry icons, all of whom have excelled in their musical abilities. Bobby Boucher is a fictional character played by Adam Sandler in the 1998 movie ‘The Waterboy’ who discovers a hidden talent for football while being the water-boy.

The lyrics and visual decoding could go on and on, however, we would like to leave the rest to your wild imagination. Do let us know what you think about the song and the video in the comments below. Watch the official music video now.

Music Video for “Framed” by Eminem

Full Lyrics to “Framed” by Eminem

Read “Framed” by Eminem on Genius