The first song on the surprise album ‘Kamikaze’ dropped by Eminem today is as brutal as it gets. Titled “The Ringer,” the first track is a nonstop flow of spitfire lyrics for a continuous 5 minutes and 37 seconds.

In “The Ringer,” Eminem focuses on the current poor state of hip-hop and rap, and he takes a few shots at a number of artists. On top of the artists, Eminem returns to his usual massacre on President Donald Trump. He has been taking shots at Trump in several previous instances such as the freestyle ‘BET Awards Cypher.’

Lyrics to “The Ringer” has been written by IllaDaProducer, M.Jacobson, K. Marrero, Ronny J and Eminem himself.

Listen to “The Ringer” by Eminem

The speciality of this song is that there is only one verse for the entire 5+ minutes. The song speeds up exponentially at times and it slows down to match the beat at other times. The flow, rhyming, and lyrical composition is classic of Eminem.

Since this song has no sections, the lyrics review will be challenging to follow. So, let us only look at the most important lyrics of this monstrous track.

Lyrics Review and Song Meaning of “The Ringer”

The song starts off with the sound of an aircraft crashing into something with an explosion. This is symbolic of the album title ‘Kamikaze,’ which refers to WWII Japanese suicide planes that were used to demolish enemy warships.

Em’s start to the song is aggressive. He says he would not mind punching the world in its face.

Much like the lyrics suggest, Eminem goes ahead with raping the alphabet in “The Ringer.”

“Full magazine could take Staples out” is a throwback to the controversy surrounding Em’s ‘BET Awards Cypher,’ where Vince Staples announced it was trash.

Full magazine could take Staples out!

In the next lines, Eminem takes a hit at all the critiques who have been very proudly talking smack about Em and his latest work. Em basically calls them talent-less and not worthy of wasting his time to respond to.

Em also talks about how some artists use his name to get millions of views. They build feuds out of thin air to catch the attention because of Eminem’s name in the song. And if Em replies to them, again they become famous off of Em’s spotlight. Eminem calls this a ‘lose-lose’ situation. Maybe, this is why Em has been quite silent about all the stones thrown at him.

Marshall expresses his disgust towards critics and reviewers who just skim through his music and label them ‘trash.’ They only want the first article out on the internet. So they don’t necessarily focus on the quality of their review.

Eminem Talks about “Stan” in “The Ringer”

Eminem directs his flow towards the ‘choppy flows’ and ‘mumble rappers’ who seem to reign the modern hip-hop industry.

He straight up says he dislikes Lil Yatchy. At the same time, he says this is not a diss at him. He is just not Em’s cup of tea.

Eminem then brings his iconic work “Stan” and says that some people may dislike it. But why you like these new-age rappers on drugs is beyond his understanding.

The singer does not forget to remind all the others that he is the real emcee remaining in the rap game. Rightly so, his “Majesty!!!”

Paul Rosenburg probably wants Eminem to ease his way back into the hip-hop game. But the fans want an ‘ill’ Eminem. ‘Ill’ here meaning profoundly good. Em plays on the words here and goes onto say that maybe he will take a pill for his ‘ill.’ But in April 2018, Em confirm on Instagram that he is sober for 10 years.

A reference to Vice President Mike Spence regarding the popular Internet meme of his as the lightning god surrounding the controversy of his support on electrotherapy on changing people’s sexual behaviors.

Eminem goes right back to the modern school of rappers. He criticizes the rappers who use the common themes like “ice” AKA drugs or diamonds, and sexual activities with women. These two themes seem to be the background to every ‘rap’ song by the new school rappers.

Eminem on Going Back to ‘The Marshall Mathers LP’ Era

A few lines on “The Ringer” are dedicated to Eminem addressing pretty much everyone’s requests at him to go back to his pre-‘The Eminem Show’ era.

He says he got a mail from an ‘ex-fan’ which included a copy of his album ‘The Marshall Mathers LP’ requesting him to study his own work and go back to the era. ‘The Marshall Mathers LP’ is undoubtedly one of the best albums by Eminem, which included songs such as “Stan,” “The Way I Am,” “The Real Slim Shady,” “Drug Ballad” and more. And this ex-fan wrote she would love him more if Em brought back songs from this era.

But Eminem is holding a strong stance that he will not re-hash his old work. Nor would he try to sound like his old-selfs. He equals this to other artists in the industry who keep on rapping about the same content through the years.

Eminem takes some massive jabs at new school rappers Lil Pump and Lil Xan. Eminem believes them to be poor rip-offs of Lil Wayne who is a real emcee. 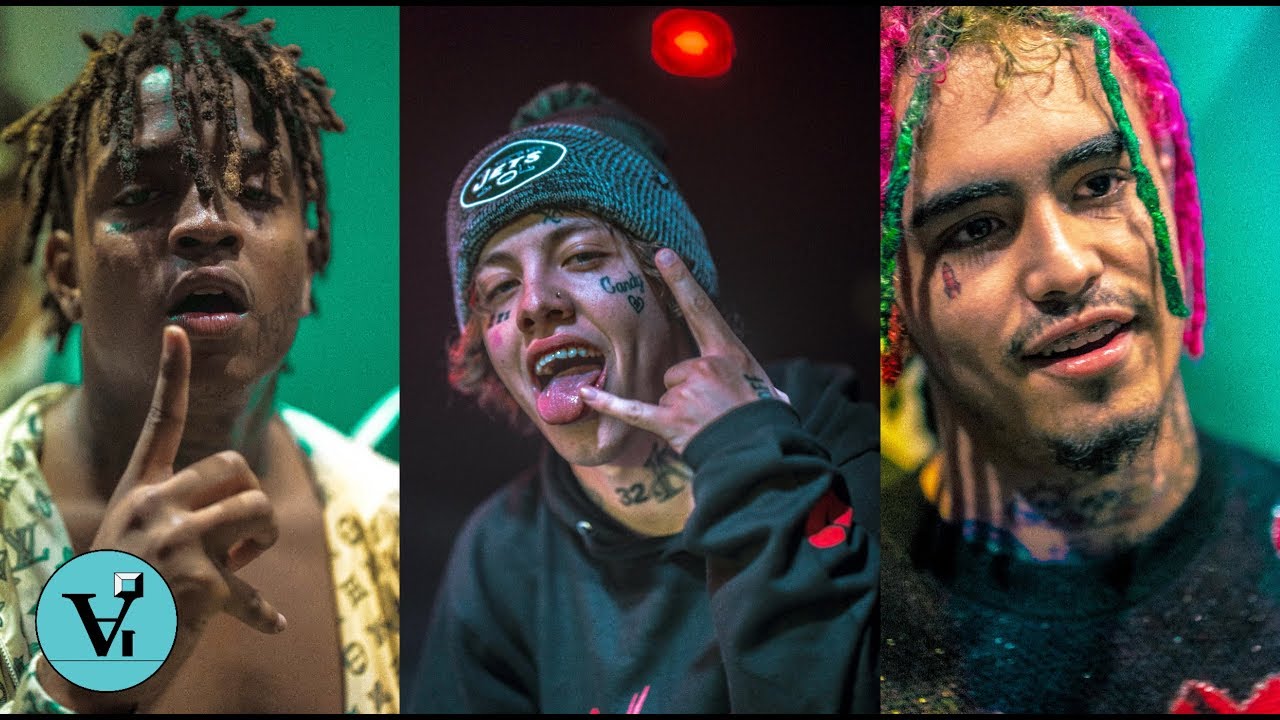 Eminem would not stop at these two. He invites us to pick a name in the game and he will have some rhymes to drop about them. He is done being the “Nice Guy.”

Eminem alludes to his era in “The Ringer.” The story of Eminem is truly inspirational and moving. Because of that, Eminem has a lot to rap about. The new school rappers who were brought up n luxuries only have to rap about diamonds, champagne, and women.

“The Ringer” Shouts Out to Kendrick Lamar, J-Cole, and Big Sean

Throughout the song, Eminem has been taking shots at a long list of artists whom he claims to ‘mumble rappers’ with no content. Em says that he will not think twice about taking these new school rappers anytime, like swallowing food crumbles and going number 2. However, he also drops a few of his favorite names in the industry-Kendrick Lamar, J-Cole, Big Sean and Joyner Lucas. Eminem believes if your name didn’t make it to his favorite list, you are as good as career-dead if you try to bark up Eminem.

Eminem assures that no amount of criticism can bring him down. He admits that he is harder on himself about music than any third party can ever be. He is trying his best and he is giving his best. If his best is not your cup of tea, he couldn’t care a dime.

The Rap God has been one of the realest rappers out there ever since the beginning of his career. He admits that he will never be flawless. but he assures that he will forever be honest. And honest hurts for many people.

So, Eminem goes ballistic in calling a firetruck ‘green’ and water is ‘pink’ in color. And he mocks people who always correct stuff.

‘Donkey of the Day’ is a popular segment on ‘The Breakfast Club’ radio show hosted by Charlamagne.

In the ‘BET Cipher.’ Eminem told any fans who support Donald Trump are not his fans. Now he is questioning if this ‘line drawn’ is really worth it! He believes that his fan base has shrunk because of his aggressive political stance.

Eminem feels guilty about drawing a line between him and the fans due to politics. He believes he would reword the cipher if he could. But the song is written in stone now. So he apologizes to his fans who have been brainwashed by Trump. Eminem calls Trump an ‘evil serpent’ who sold an unrealistic dream to some Americans.

But Em thinks his strong stance is being heard by the President. Trump has yet to say anything about Eminem’s lyrical warfare against him. Em knows the President would not start a verbal battle that he knows he cannot win. So Eminem is worried about physical action. Much like when President Bush sent Secret Service agents to investigate Eminem following his lyrics to murder the President on his 2003 track “We As Americans.”

“Linked to terrorists” and “ink and lyricists.” The flows and rhymes just keep on impressing us on “The Ringer.”

Eminem next talks about the backlash received on his 2017 album ‘Revival.’ To this, he gives his middle finger to the media and shuts them down. Eminem admits that the media is and will be squeezing all the news and gossip out of him. So he is not ready to put down his weapons against the press just yet.

Eminem’s “The Ringer” is probably one of the most aggressive and realest tracks he has produced in years. The song has elements of flow, rhymes, bars, lyricisms, aggression, peace, word plays and everything else in between.

This concludes our extensive analysis of the lyrics and meaning of “The Ringer” by Eminem from his latest gift ‘Kamikaze’ album. We would love to hear your opinions on the song, lyrics, beat and your interpretation of the meaning of the song. So, drop your thoughts and ideas in the comments below.

Full Lyrics to “The Ringer” by Eminem

Read “The Ringer” by Eminem on Genius