Travis’ new album ‘ASTROWORLD’ dropped just now and the fans are shaken. The third studio album features some fire songs and “SICKO MODE,” featuring support vocals by Swae Lee and Drake, stands out. The song speaks about Travis’ respect for the game and how that puts him several miles ahead of his competition.

The word “Sicko” or “6icko” is a term coined by Kevin Durant and Drake. “6” refers to Drake’s hometown Toronto and his slang from “Charged Up” calls his people as ‘sickos.’

Haha the boy too good #6ickos

“SICKO MODE” is the first time Drake appeared on a Travis Scott album.

It is interesting to look at some of the lyrics from the song.

Drake provides the intro to the song.

He talks about life in Toronto, Canada. Early winters and his friends who would do bad things just for a Louis Vuitton belt. Sometimes crime is so bad that they know nothing else than to engage in them. Drake tried to show them a way, which was fruitless.

‘La Flame’ is a nickname earned by Travis Scott after his song “Blocka La Flame,” and Drake thinks he is about to go to sicko (beast) mode.

Travis kicks off “SICKO MODE” from the first verse, which goes on to describe the different luxuries he and his crew have accumulated over the years. “Ice” referring to diamonds are a favorite of Travis Scott. His boys wearing Nikes and jumping out of luxury coupe cars.

“Gimme the Loot” is a reference to The Notorious B.I.G’s song with the same title.

‘Remy’ could be a reference to the expensive Cognac champagne Remy Martin. Travis also speaks about his haters who think his jewelry is fake.

Travis expresses his views on getting the spotlight-something he is known to dislike. His wife Kylie Jenner has spoken about this in an interview with GQ.

Travis also speaks about his exes-most specifically could be about Rihanna. Travis complains that these exes made fortunes with the songs he produced. This could be a direct hint at Rihanna’s ‘ANTi’ album song “Bitch Better Have My Money” which was written by Travis. The song peaked at number 15 on Billboard Hot 100 and is certified Gold.

The ‘305’ is the area code for Miami, where the 2 Live Crew member Luke Campbell is located in. The next lyrics “(don’t stop, pop that pussy!)” in “SICKO MODE” is a sample from 2 Live Crew’s famed song “I Wanna Rock (Doo Doo Brown).”

Next follows some lyrics on getting high. Travis wants to go to the ‘moon’ with the girl he likes. ‘Moon’ could also be a reference to making it big in the world, stemming from the famed quote “Aim for the moon. If you miss, you may hit a star” by Clement Stone. Travis’ swimming pool is so big that she mistook it for the ocean! That won’t matter because Kylie looks so good that he doubts he will manage to get her to the room!

Travis Scott and Drake both join in on the chorus of “SICKO MODE.”

Travis gives a shout out to her wife-Kylie Jenner-whom he believes is a genuine person who likes him for who he is.

Drake gives us a little personal history about when he used to take the public transportation for his work or music. Now he uses a fixed-base operator (FBO) at the airport who serves only to private clients.

Xan is short to Xanax drug which is taken to help sleeping and anxiety.

Drake and Scott continue from the Xanax intake in the previous verse, saying the pills made them sleep through the entire 767 Boeing plane ride.

The singers also mention of the beefs they have faced so far. They stand tall calling the competition “not a threat.”

Travis Scott gets quite homely shouting out to his wife-Kylie Jenner in this final verse of “SICKO MODE.”

Scott brings up the $1.4 million worth LaFerrari luxury car which he gifted to Kylie upon the birth of their daughter-Stormi.

Travis also speaks about how good looking Kylie is-having done glute workouts. Not just the looks, Kylie is quite the businesswoman, that she was featured on Forbes magazine as an entrepreneur of 20 who made a $900 million fortune. 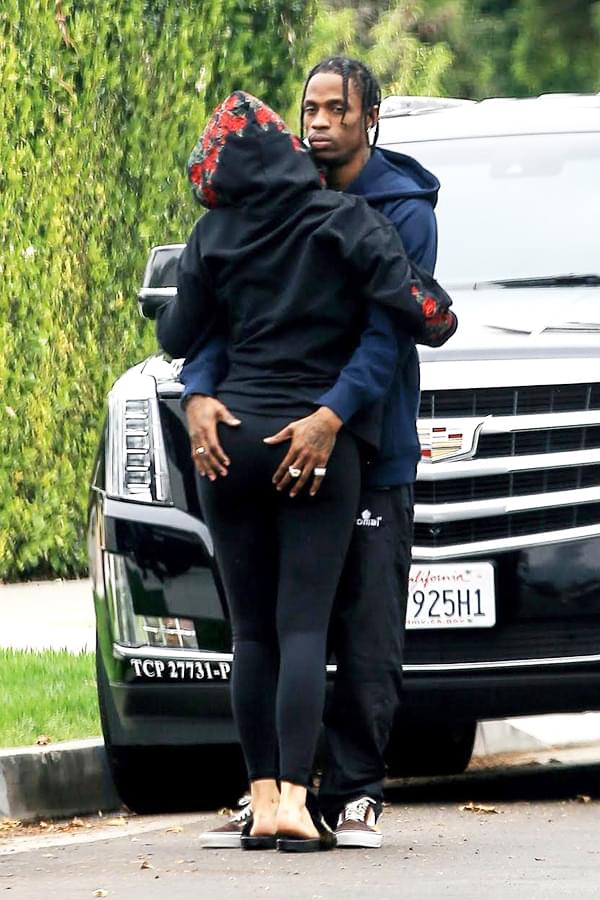 Travis and Kylie together makes one strong power-couple in the hip hop industry.

“SICKO MODE” has Travis Scott and Drake talking about their personal lives and how they have made it despite the cutthroat competition in the industry. The sudden changes in beat of the song has us shook.

Let us know what you think about “SICKO MODE” by Travis Scott in the comments below. Do you have different interpretations of the lyrics? Do leave a comment below.