Kesha releasing “Praying” as a single signifies an important milestone in her life as she is finally able to release new music ever since the legal battle with her producer Dr. Luke started. This is the first single after 4 years of radio silence by this amazing artist and “Praying” shows her full potential.

The song is a ballad motivated by her life and specifically the legal struggles she was in the past few years. At the end of the video it says “the beginning” which gives us hope for more music by Kesha in the horizon.

Kesha did announce a new album coming out in August 2017 titled ‘Rainbow’ for which the tracklist has been announced as well. 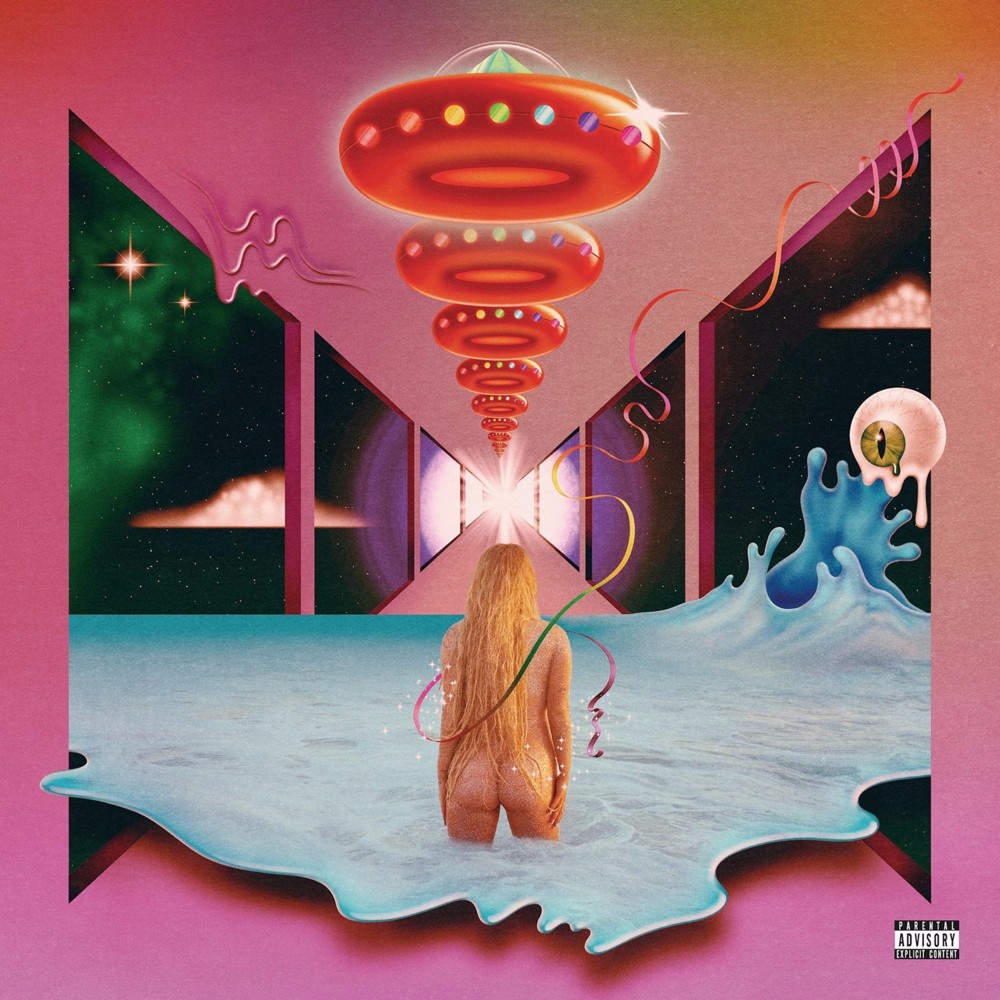 The ‘one eye’ symbolism is apparent throughout her new beginning so we are not sure if she is really free.

Download “Praying” Single by Kesha on iTunes and Amazon

Lyrics to “Praying” are quite simple but it’s quite interesting take a look at what Kesha has to say after being forced into not producing music for 4 years.

Lyrics Review and Song Meaning of “Praying” by Kesha

Praying is here 🙏
I hope this song reaches people who are in the midst of struggles
Read my full Lenny Letter: https://t.co/50oC9F3jks pic.twitter.com/CBuHIxyGaY

If you want more of what Kesha has to say, read this Lenny Letter she composed.

Well, you almost had me fooled
Told me that I was nothing without you
Oh, but after everything you’ve done
I can thank you for how strong I have become

This is a direct address to her producer Dr. Luke, who was accused to sexual, physical and mental abuse against Kesha. He had enforced ideas such as Kesha would be nowhere without him and all her success was due to him. But, after all the struggles she has endured with him, now she can genuinely say that she is a stronger person. “What doesn’t kill you, makes you stronger,” right?

I am not quite sure, how the legal feud between the two ended up, but it seems to be going in favor of Kesha, as she is releasing new music now. But she says how she had to learn to fight for herself against the giants in the industry-in a court of law. Kesha also says that there is more to the truth she has told the public so far. Maybe, she does not feel very secure about revealing them. But she is ready to say farewell to Dr. Luke.

I hope you’re somewhere praying, praying
I hope your soul is changing, changing
I hope you find your peace
Falling on your knees, praying

Thie chorus of “Praying” is also directed at Dr. Luke, where she wishes nothing but goodness on his soul. She is ready to forgive and let go. She believes karma will bite his back, so she is hoping that he is on his knees praying.

I’m proud of who I am
No more monsters, I can breathe again
And you said that I was done
Well, you were wrong and now the best is yet to come
‘Cause I can make it on my own
And I don’t need you, I found a strength I’ve never known
I’ve been thrown out, I’ve been burned
When I’m finished, they won’t even know your name

The lawsuit filed by Kesha mentions a lot of verbal abuse and mental harassment. So, she must be getting over from all of these clouds in her head. “Monster” is a direct reference to Dr. Luke, again. Verse 2 of “Praying” is about getting over the wrong ideas that her producer has forced on her. She is ready to respond to him with what she does best-music, and “Praying” looks like the first of many to come. It should be an interesting album.

Oh, sometimes, I pray for you at night
Someday, maybe you’ll see the light
Oh, some say, in life, you’re gonna get what you give
But some things only God can forgive

In the bridge of the song Kesha says that she won’t be able to forgive him, maybe only God can forgive him. So she asks him to go seek God and his forgiveness. She will be serving a cold plate of karma while he is at it. But she does wish him all the best to become a better person and a human being, so none of this would happen to anyone else in the future.

The song ends after a repetition of the chorus and we are left with some strong emotions and some amazing visuals from the video.

“Praying” is a song of redemption and possibly the first of many. We are in love with the song because it is beautiful, melodic and powerful. It is always a good sight to see a phoenix rise from the ashes and take over.

What are your thoughts about this song and the whole radio silence by Kesha? Let us know your opinions about the song, lyrics and about Kesha in the comments below.