Kendrick Lamar has released yet another classic King Kendrick track titled “Humble” possibly from his 2017 album to be released mid this year. The track is produced by Pluss and Mike Will Made-It and the lyrics written by Kendrick himself. The song was released on March 30th along with the music video which features many interesting visuals. 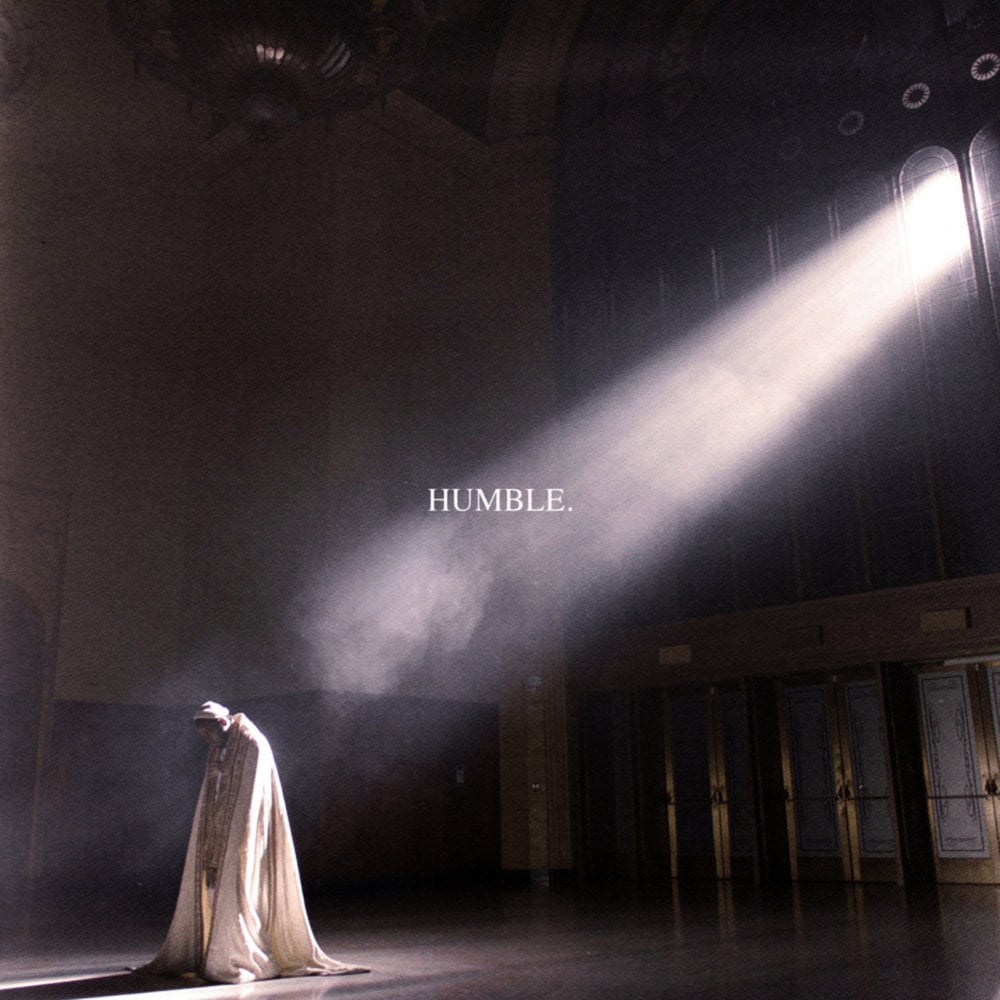 Kendrick Lamar speaks of his humble beginnings and his current status in the song.

Ayy, I remember syrup sandwiches and crime allowances
Finesse a nigga with some counterfeits

Kendrick throws back to the times he fed on maple syrup sandwiches and their family lived on allowances like charity, free healthcare and donations.

But now I’m countin’ this
Parmesan where my accountant lives
In fact, I’m downin’ this
D’USSÉ with my boo bae, tastes like Kool-Aid for the analysts

From syrup sandwiches to Italian cheese and expensive liquors, Kendrick has come a long way. When the song says “but now I’m countin’ this” the video shows some sexy female accountants counting stacks of cash in lingerie?!

‘Per diem’ is Italian for ‘pay day’ and K. Dot says other’s earnings are ‘piss’ compared to his earnings.

BM is a play on words where it means “BMW” the car and ‘baby mother’, both of the terms making sense as Kendrick connects the car reference with another car reference in the next line.

Kendrick says even if he stays out of music for an entire season (maybe, a year?) he would still come back as the king.

Kendrick refers to his albums with the term ‘stroke’ in “Humble.” He says his last album went viral and his next album will put all in a spiral-like maybe blow us away. Lil’ baby is assumed to be a reference to Big Sean.

Some speculate that “Humble” is a shot at Big Sean and Kendrick is asking his competition to be humbled by his presence in music. Not a very bad request to make too.

On verse 2 of “Humble” Kendrick Lamar gets even more brutal.

If he wanted, Kendrick could take someone down with his music and he is pretty confident about that. And he is dead tired of everything fake in this society.

Kendrick Lamar references to the natural afro hair on Richard Pryor and a make-up free buttock with stretch marks. To support his remarks, the music video shows a natural buttock of an African american woman with stretch marks. His main idea from these lines is that the TV and media has blown up ‘natural’ into bits and pieces that the society doesn’t even know what natural and artificial anymore. All these cover girls have perfect figures and colours, Kendrick says it’s all edited and touched and retouched.

Watch my soul speak, you let the meds talk, ayy
If I kill a nigga, it won’t be the alcohol, ayy
I’m the realest nigga after all, bitch, be humble

Kendrick Lamar writes his music from his soul and it shows in his lyrics. He claims that other ‘artists’ write drug-induced lyrics. And if Kendrick kills someone, he won’t be doing it under the influence of alcohol or drugs-he would have a reason for that. And he keeps on claiming that he is the realest artist out there. We have to agree.

So ends one of the most impact-ful songs by Kendrick Lamar. “Humble” is one of those songs which gets you thinking and it makes sense in the end.

If you have anything to comment about the lyrics or visuals of “Humble” please do so in the comments below.